Click on each boy's registered name to be linked to their pedigree. 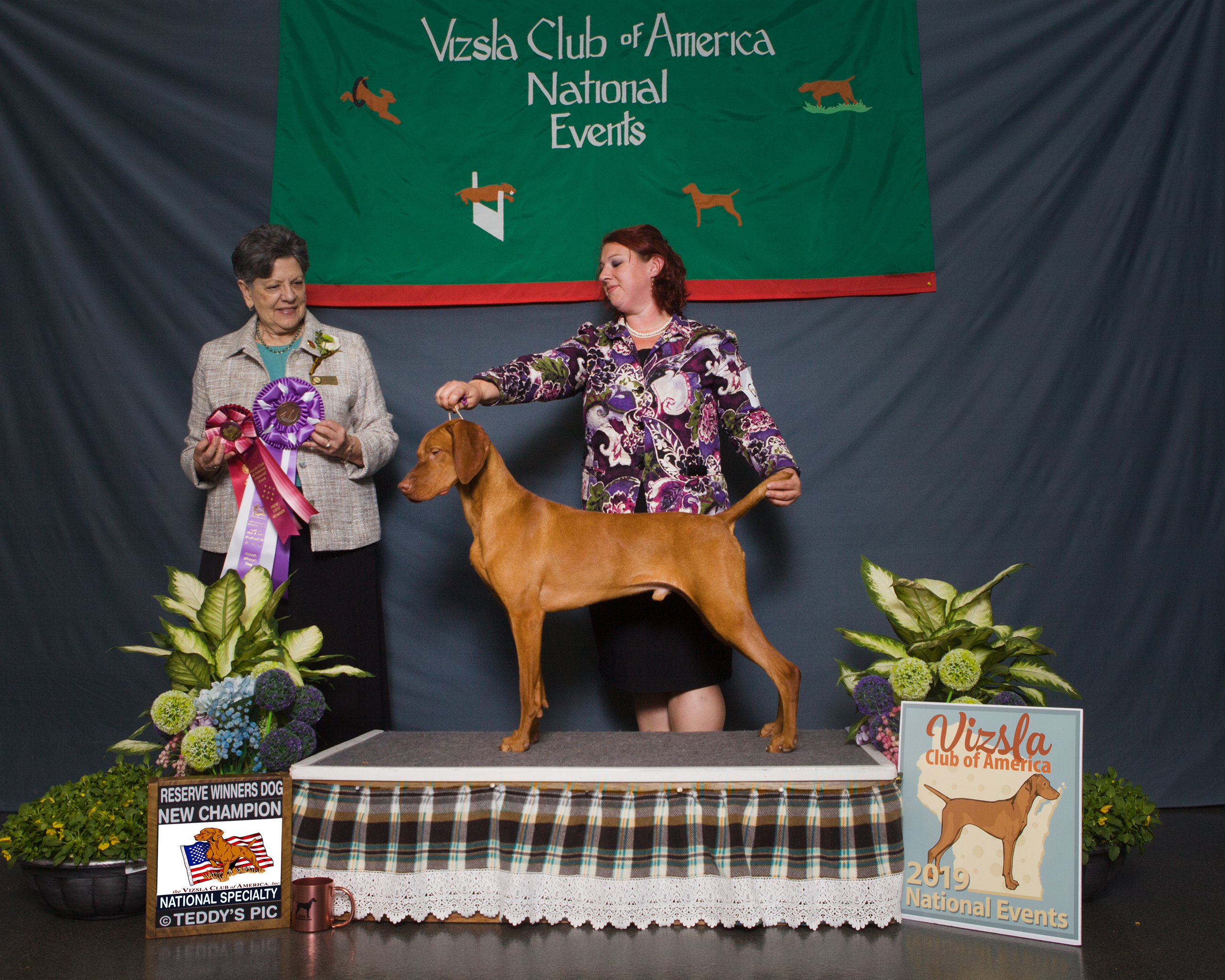 Paddy is our pick of the litter male from Rendi's second litter, by Mojo. This gorgeous, happy-go-lucky boy really has everything - amazing looks, balanced substance, floating side movement, and a wonderfully outgoing temperament. Paddy has given us at Fantasy so many firsts, including our first win at the National Specialty Event in West Bend, WI in May, 2019. This lovely boy went Reserve Winner's Dog from the Bred By Exhibitor class to finish his Championship! (Pictured.) In July, he held his own as a Special for the first time, keeping up with some of the top dogs in the country in a huge Best of Breed class, and ultimately winning a highly competetive Owner Handler Group First his second time in the Owner Handler group ring! To date, he has taken multiple Best of Breed placements over professionally handled Specials, made several highly competetive cuts with and over top Vizslas in the country, and won a Fantasy-first Owner Handler Best in Show! He has won multiple Owner Handler Groups, he has placed in many more, and he is consistently holding his own with some of the top Vizslas in the country, even though he is still young and maturing. We are absolutely thrilled with this boy's accomplishments and look forward to a stellar future for him in the show ring.

Outside the show ring, Paddy regularly reads to children at the local library, and has attained half the required community service hours to earn his TD! He is an amazing Breed Ambassador, and it is a thrill and an honor to work with this special boy.

Paddy has recently sired his first litter, and we look forward to watching those babies grow up! Paddy is available at stud to approved bitches. 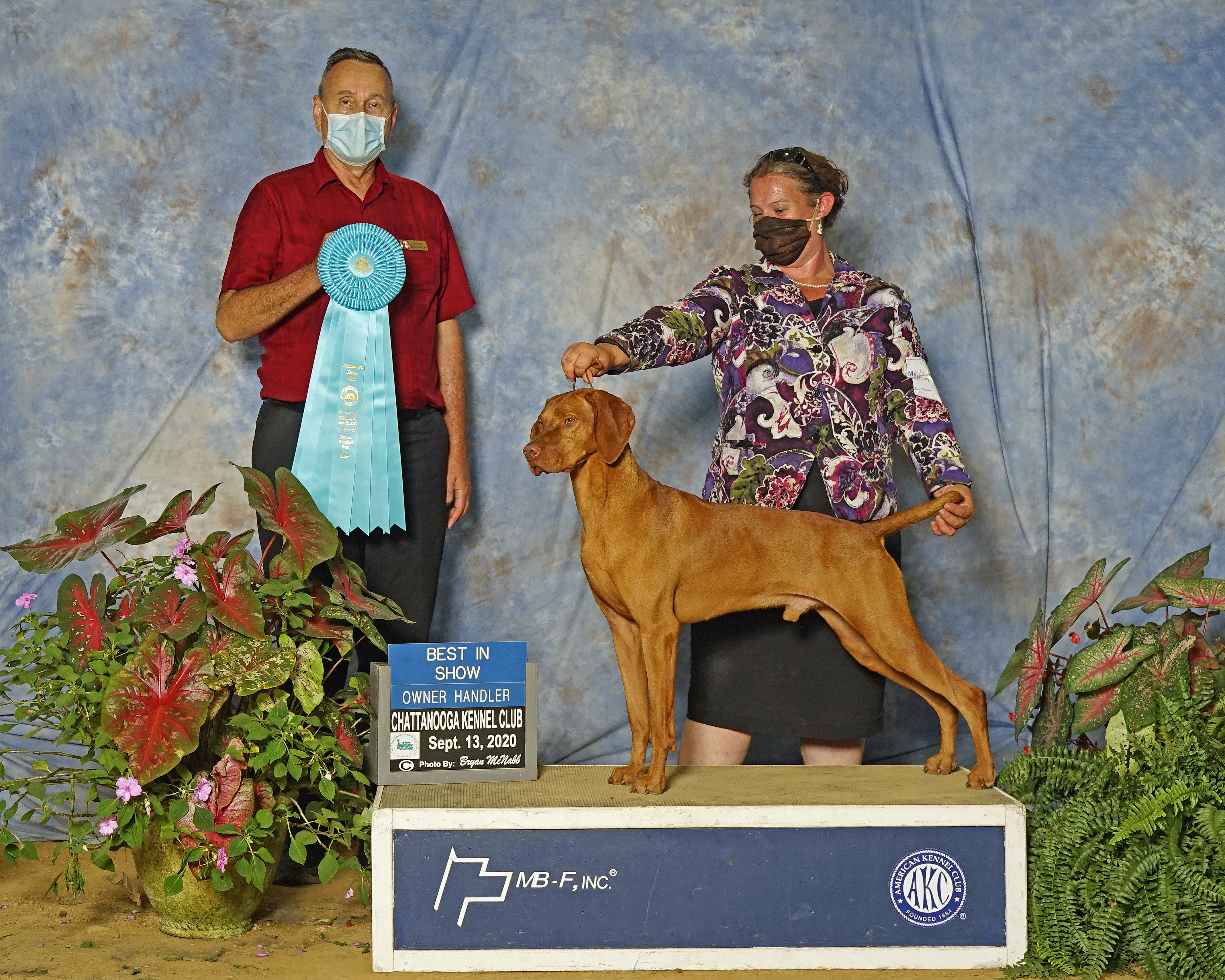 Paddy wins Owner Handler Best in Show at Chattanooga, TN on 9/13/20!
Paddy took an Award of Merit at both the AM and PM Sunday shows hosted by the Vizsla Club of the Carolinas, in Columbia, SC on 9/20/20!
Paddy finished his Grand Champion Title by going Select Dog over competition at Lebanon, TN on 10/7/2020!
Paddy makes a very competetive cut and takes first Award of Merit at the Vizsla Club of Metro Atlanta Specialty in Atlanta, GA on 10/18/20!
Paddy finishes the 2020 NOHS year tied for #3 National Owner-Handler Series Vizsla in the country!

Paddy Back To Top 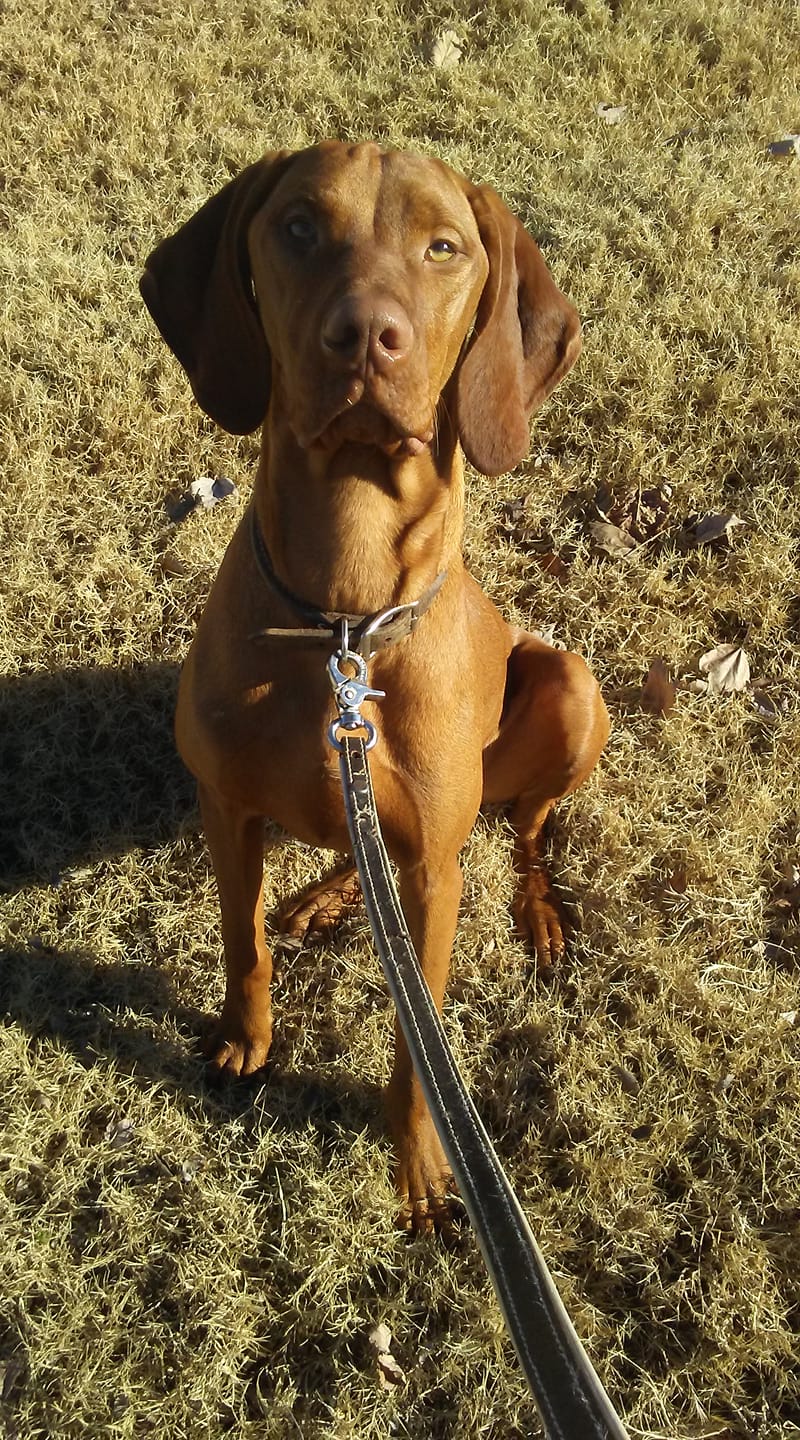